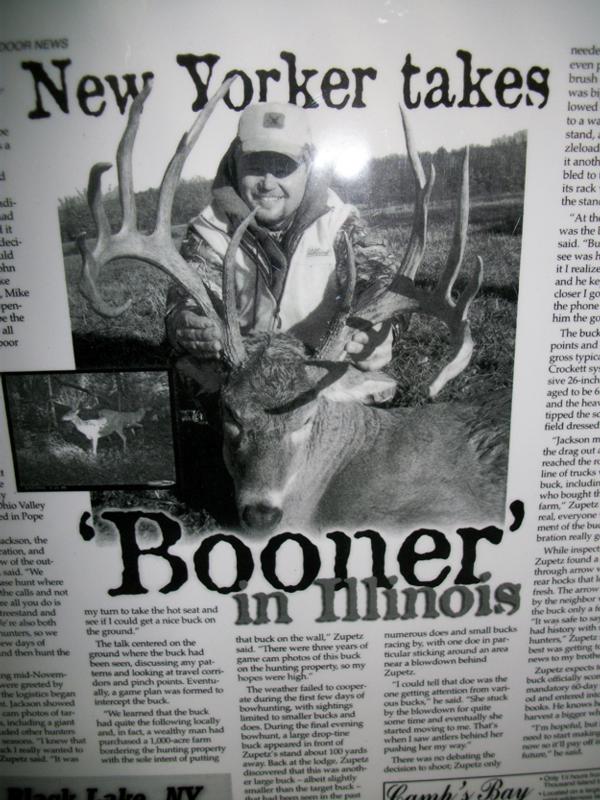 John Zupetz Jr. Bloomington, New York with his 190 Monster Boone & Crocket, Typical buck – November 18th, 2011 Amazing 190 inches gross typical whitetail making it an impressive Boone and Crockett buck. We were after him for about 3 years before the quest was ended that early November morning.

From New York Outdoor magazine:
“There was no debating the decision to shoot; Zupetz only needed one look at the rack, even partially obscured by brush and tree limbs, to know it was big enough.  The buck followed the doe’s tracks, slowed to a 40 yards from the stand, and Zupetz let his muzzleloader bark.  The buck made it another 40 yards and stumbled to the ground with half of its rack viewable to Zupetz in the stand.

At the time, I didn’t know it was the buck I was after.”  he said.  ” But that half rack  I could see was huge.  As I walked up to the it I realized that it was the buck and he kept getting bigger the closer I got.  I jumped right on the phone to give Jackson the good news.”